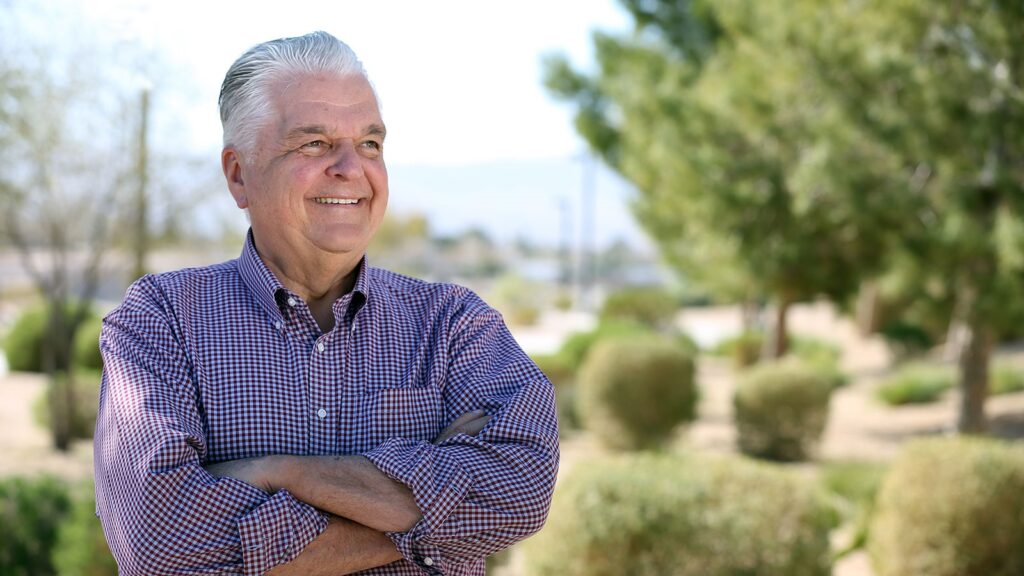 According to a report in Tuesday’s Las Vegas Review-Journal, the Department of Employment, Training and Rehabilitation (DETR) has received “nearly 621,000 new unemployment claims” since the governor first ordered his statewide #SisolakShutdown on March 17.

In addition, DETR has reported “roughly 398,000 additional claims for the benefits program for self-employed workers and independent contractors.”

That’s over a million Nevadans, out of an estimated 2.2 million adults, put out of work by Gov. Sisolak – thousands of whom, five months later, STILL haven’t received their unemployment checks.

“The most recent official state-by-state unemployment rates are from June,” the Associated Press reported on Monday, “but a Stateline analysis of Department of Labor data released last week and other federal statistics offers a glimpse of the current picture.”

And the financial carnage is not pretty…

“Nevada and Hawaii have the nation’s highest rate of workers getting unemployment benefits, about 23% for Nevada and 20% for Hawaii, according to the Stateline analysis.”

Not coincidentally, Nevada and Hawaii have unleashed some of the most draconian shutdown orders in the nation.  Worse, many jobs will be gone for good.

Could Gov. Sisolak possibly have handled this crisis any worse?

And as if businesses struggling for their very survival don’t have enough to worry about already, they’re now being slammed with excessive fines for allegedly not enforcing Gov. Sisolak’s mask orders that the governor himself refuses to enforce against individuals.

Talk about adding insult to injury!

And neither the Legislature nor the courts have been any help in reining in the governor’s indefinite, unchecked powers.

The Democrat-controlled State Senate and Assembly have rubber-stamped Gov. Sisolak’s economic Armageddon every step of the way.

And on Monday, retiring District Court Judge Kerry Early in Las Vegas ruled in favor of the governor’s arbitrary order re-closing neighborhood bars and taverns, declaring that “economic rights are not recognized as fundamental constitutional rights.”

So with a recall highly unlikely to succeed (the signature-gathering deck is stacked heavily against it), the only way to end the economic destruction before Gov. Sisolak is up for re-election in 2022 is to mount public pressure on him to step down and let someone else take a crack of guiding the state through the rubble he’s created.

If you haven’t done so already, please sign our online petition declaring the governor’s “systemic incompetence” to be an “economic health crisis” and urge him to resign.

“It’s worth noting that, despite the (bar shutdown) order, many Southern Nevada bars remain open. While customers may not occupy seats at the bar itself, they are free to sit just a few feet away for table service. How that distinction prevents the spread of coronavirus has not been explained.” – Las Vegas Review-Journal editorial, 8/18/20

“Lord Stephen of Sisolak was elected to run the state, not to run our lives.” – Victor J. Moss of Las Vegas

“Gov. Sisolak opened casinos while limiting the number of people able to attend church services.  We all know why he did this: the tax money generated by the casinos versus the tax-exempted collections of churches.  Our ‘great’ governor has also closed neighbor bars twice now, eliminating the competition of the casino industry.” – Patrick S. Cater or North Las Vegas